Mafia land grabs: the dark side of corruption in Europe

8 November, Rome - The International Land Coalition (ILC) will be attending the first “International Conference against all forms of Mafia” in Slovakia from 11-12 November, 2019 to call international attention to the dark side of criminally-driven land grabbing in Europe, and to show support to the affected small farmers of the region.

The Conference is called to celebrate the life of Ján Kuciak, an investigative journalist and his partner Martina Kusnirova, both 27 years old, who were shot and killed on February 21st, 2018 before his last report on corruption and the Italian Mafia in Slovakia was published.

This is the first time Slovakia and Italy will bring together affected farmers, state officials, activists and media agencies to discuss strategies to combat criminal activity and corruption in the agricultural and land sector. Mr Federico Cafiero De Raho, Italian Public Anti-Mafia and Counterterrorism Prosecutor, will give the keynote speech.

For many ILC members, dealing with the consequences and fallouts of land grabbing remains a harsh but daily reality, with frequent displacement from their homes.  Land grabbing is not a new phenomenon and in fact hit a wave of global interest in 2012 when the Land Matrix uncovered alarming trends and unprecedented detail on who’s investing, where, and for what.

But what does land grabbing look like for Europe in 2019? In recent years, cases of land-related corruption have increased, with Mafia slowly spreading their roots and gaining traction across Europe by taking advantage of EU mechanisms like the Common Agricultural Policy (CAP) subsidies.  The purpose of the programme, the largest of its kind in the world, is to help small scale and hard working farmers feed Europe’s population. Yet, in countries like Slovakia, small farmers claim that they have been beaten and extorted to give up their subsidised land.

In a recent exposé by The New York Times, it was found that “every year, the EU pays out $65 billion in farm subsidies intended to support farmers around the Continent and keep rural communities alive. But across Hungary and much of Central and Eastern Europe, the bulk goes to a connected and powerful few...subsidies have underwritten Mafia-style land grabs in Slovakia and Bulgaria”.

Unfortunately, these deals have gone relatively unnoticed due to a lack of common legislation among the EU Member States.

The International Land Coalition is working across the region and globally to protect the land rights of small scale farmers and land and human rights defenders. The Torrecuso declaration, signed by ILC’s members in Europe, Middle East & North Africa commits to working across the region to prevent dispossession of common land, conflict, and the potential wide-ranging impacts of the Common Agricultural Policy (CAP), among others. 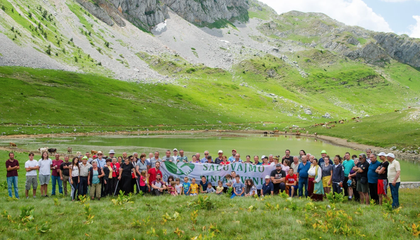