Wadas is a small village in Central Java, Indonesia. For the past four years, local communities and farmers living in the area have been protesting against the government’s plan to mine andesite in their village, for the construction of what will be Indonesia’s tallest dam.

On the 8th of February, more than 60 people in Wadas village were arrested by local authorities during a large protest. The Indonesian Human Rights Commission (Komnas HAM) have condemned the use of excessive force and violence against the protesters.

We stand in solidarity with Wadas communities

The project, part of Indonesia’s Strategic National Projects (PSN), would take about 600 hectares of land, most of which belongs to generations of smallholder farmers cultivating cardamom, durian, coconut, and many others. Civil society organizations are arguing that there was a lack of participation of local communities in decision-making processes and demanded that the local government hear what they have to say.

Unfortunately, land grabbing is not uncommon in Indonesia. Since the year 2000, Land Matrix has recorded 170 large-scale land acquisitions in Indonesia, accounting for more than 3.4 million hectares currently under contract. In 81% of the deals where information was available, conflict was documented.

To better understand the situation on the ground, we spoke to Dewi Kartika, agrarian activist from the Konsorsium Pembaruan Agraria and ILC Global Council representative from Asia, and Wahyu Fernandez, from the Indonesia Institute for Forest and Environment.

How is this project affecting the livelihoods of local communities and farmers of Wadas village? What long term effects will the project have?

DEWI: Wadas village is not only a densely populated home for the locals, but it’s where productive farmland exists. Local communities and farmers, including women, plant durian, coffee, cloves, palm trees, and curcuma, among others as their source of income and food sovereignty. Wadas also has water resources that have been managed for generations through traditional knowledge.

We can already imagine the tremendous effects of the andesite mining activities in Wadas village to support the construction of Bener Dam, at the economical, cultural, and social level.

Local communities would not only lose their land, they would also lose their source of income and livelihood. This is often ignored by the government in procuring land acquisition for the interest of mining, in this case. The impacts are not only material but intangible too.

If Wadas people “agreed” to be forcefully evicted from their homes for the sake of development, they would have to find new land, which might not be as productive and would likely be more expensive than what they already owned. Imagine that they would start their life from zero.

What can we do (also as International Land Coalition) to protect those on the frontline defending their land?

DEWI: As a land rights defender, we need to contribute to raising the public’s and the government’s awareness on the case in Wadas village.

There’s this stigma that says that the locals in Wadas who oppose the mining activities and the dam construction are anti-development or anti-nationalism because they don’t support the [country’s] Strategic National Programme (PSN).

We need to straighten out this perspective that discredits and discriminates local communities and farmers of Wadas village.

Land rights are a constitutional right attached to every Indonesian citizen. The government often ignores this truth, but we have to continue speaking out and let our voices be heard.

What are the benefits of inclusive and participatory processes with local communities? How do you ensure that communities are at the centre?

WAHYU: What the government interprets as “prosperity” might be their own top-down vision, so when they implement these projects it actually triggers conflicts instead, like what we saw in Wadas.

The government should prioritize development for its people; that’s the message that they should convey. Regardless of whether there are any other reasons, what the public knows is that these kinds of projects are meant for the interests of the people.

That is why the public needs to know the benefits of such development for them, and this can be done by conducting participatory and inclusive discussions with the locals to understand their needs and their vision of prosperity.

How can we avoid incidents like this in the future?

WAHYU: Local communities must be able to present their legal standing in an alternative way, which essentially provides evidence that their livelihoods highly depend on the management of the surrounding natural resources.

Hopefully, this would at the very least prevent land grabbing cases because there is hard evidence that people’s prosperity and livelihoods depend on good relations with the environment and how they manage natural resources. 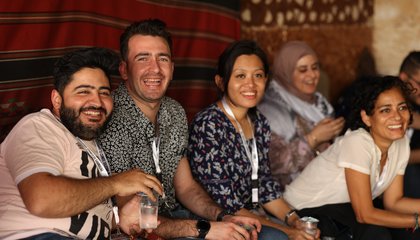 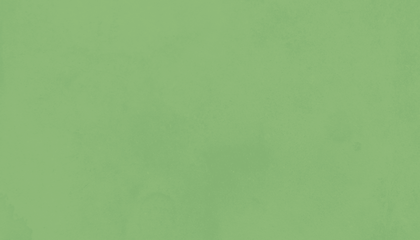