16 June - An eviction order has been placed for almost 150,000 Maasai indigenous peoples from Loliondo and the Ngorongoro Conservation area in the Republic of Tanzania.

Videos surfacing from the area show soldiers from the Field Force Unit (FFU) firing live ammunition at people who were protesting against the demarcation of the Loliondo area to change the status from a game controlled area to a game reserve on June 9th. According to the BBC, 31 people have been wounded and 10 people detained.

“The use of security forces to demarcate the 1,500km2 will result into unprecedented incidents of human rights violations, including the disturbance to the tourism sector and economic activities among pastoralist communities in Loliondo,” said advocate Onesmo Olengurumwa, National Coordinator of the Tanzania Human Rights Defenders Coalition.

Up until now, the Maasai pastoralists in the Ngorongoro Conservation Area have worked with the government to combine both nature conservation efforts, while exercising their right to movement, residence, grazing and cultivation in the area they have called home over the last 100 years.

Evidence shows that 42% of global land in good ecological condition belongs to indigenous peoples and local communities, yet conservation continues to be used as a justification for evictions.

Previous eviction attempts have been thwarted with a 2018 East African Court of Justice's preliminary ruling and court injunction prohibiting the Tanzanian government from evicting the Maasai communities. Yet the government continues to move ahead with plans to lease the land to the United Arab Emirates (UAE)-based Otterlo Business Company, which organises trophy-hunting trips for the Royal family.

Representatives from the government claim that the mass “relocations'' from the Ngorongoro Conservation Area to the Tanga region are voluntary and peaceful. While in Loliondo, according to Arusha regional commissioner, John Mongella “there is a demarcation exercise for an animal sanctuary…and according to Tanzanian law, the custodianship of this land is in public hands, of which the top authority is the President.”

Mike Taylor, Director of the International Land Coalition said, “what's happening now is a clear violation of human rights, going against international and regional agreements, including the United Nations Declaration on the Rights of Indigenous Peoples (UNDRIP, 2007). We ask ourselves how it is possible that in 2022 indigenous peoples are still being removed from their land and even killed in the name of conservation.”

UNDRIP clearly states “Indigenous peoples shall not be forcibly removed from their land or territories. No relocation shall take place without the free, prior and informed consent of the indgenous peoples concerned and after the agreement on just and fair compensation and, where possible, with the option of return.” The African Commission on Human and People’s Rights also made an urgent call for cessation of the eviction.

"We call upon the government of the Republic of Tanzania to protect the Maasai people, hear their cry and stop further eviction and allow the Maasai to coexist within its biodiversity, with due respect to their lands," said Daniel Kobei, Executive Director at Ogiek Peoples' Development Program (OPDP).

UN human rights experts have expressed grave concerns, citing in a joint statement, “We are concerned at Tanzania’s plans to displace close to 150,000 Maasai…without their free, prior and informed consent, as required under international human rights law and standards. This will cause irreparable harm, and could amount to dispossession, forced eviction and arbitrary displacement prohibited under international law”.

“We call on the Tanzanian Government to immediately halt plans for relocation…and begin consultations with the Maasai Indigenous Peoples, including direct contact with the Ngorongoro Pastoral Council, to jointly define current challenges to environmental conservation and best avenues to resolve them, while maintaining a human rights-based approach to conservation,” they added. 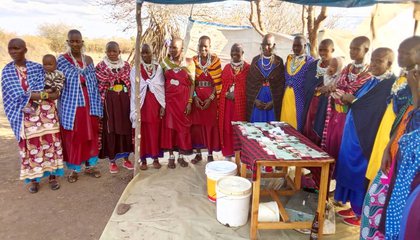 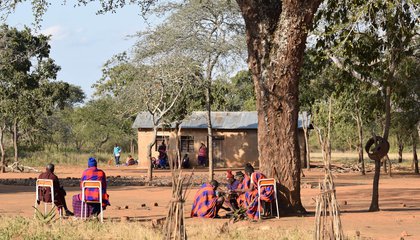 Uniting for land rights in Tanzania and Kenya