New Law “On Pastures” In The Republic Of Uzbekistan

Uzbekistan is a country that has extensive dryland pastures – around 75.5% of the land mass or 23.4 million hectares. The rest of the country is made up of desert-type pastures, mountain and alpine pasture (only used at certain times of the year). In many parts there is lack of management of these pastures due to lack of knowledge, lack of rotations, and overstocking, which has led to high levels of degradation. In addition, there is a lack of water. In some parts pastures have been ploughed up for crop farming. 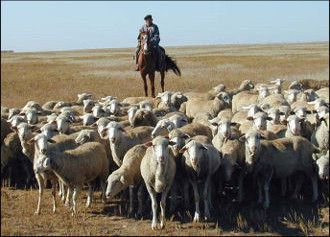 The Law “On Pastures” in Uzbekistan

Pastures are considered to be a national good, with protection and access controlled by the State. The new law defines the different types of pasture found in the country. “Pasture” is described as land with natural vegetation cover, which is food for livestock.” It lays out the roles and responsibilities of different stakeholders for pasture management.

The law also calls for the participation of citizens and pasture users in the governance of pastures and their conservation including their restoration and protection of pasture in the country and highlights the importance of pasture monitoring including a physical assessment. According to Art.14 of the law, the rights and obligations of pasture users are as follows:

In terms of land tenure and governance the law states that pasture land is part of the nation’s wealth and Is protected by the state. The seasonal. use of mountain pastures and the rate of pasture use and duration should be based on the results of geo-botanical studies, etc. Local government may grant pastures for permanent possession, rent and temporary use. According to Art. 18 payment for pasture use shall be charged in the form of a land use tax or rent payment.

In order for the law to be implemented, training, networking and capacity building of pasture users are required. This includes on pasture use, and such as rotational grazing, conservation, restoration methods, technologies, advocacy, promotion and support for the development of sub-laws and procedures.  The Central Asia Rangelands Initiative of the International Land Coalition is supporting NGOs, such as the Centre of Agro Information to provide such capacity building.