STOP THE ONGOING KILLINGS IN GUATEMALA: A STATEMENT FROM ILC

The International Land Coalition (ILC) expresses its concern about the serious situation of criminalisation and violation of human rights of peasant and indigenous organisations in Guatemala in the practice of their role as peaceful defenders of their lands and territories. So far this year, four defenders of organisations that are part of the ILC have been murdered, while one of them is missing.

These are the murders of Misael López (11/8/2020), Fidel López (23/06/2020) and Dominga Ramos (05/03/2020) of the Committee for Peasant Development (CODECA); and Medardo Alonzo Lucero (15/06/2020) of the New Day Ch’orti Central of Indigenous Peasant Organisations. Carlos Enrique Coy, defender of the Verapacense Union of Peasant Organisations - UVOC, is missing (03/08/2020). In addition, Benoit Amedee Maria (10/08/2020), a French human rights defender and director of Agronomists and Veterinarians without Borders who worked for the indigenous Mayan Ixil communities, was murdered.

In addition, there have been five attempts at extra-judicial eviction of indigenous communities in the departments of Alta Verapaz, Baja Verapaz and Izabal, which show the insecurity of land tenure experienced by peasants and indigenous people in the country.

We join these organisations' request for clarity in the facts, justice against the guilty parties, and comprehensive reparation for the defenders.

In 2018, the ILC, Front Line Defenders and Civicus carried out an international mission to Guatemala in response to the escalation of violence (criminalisation, arbitrary arrests, murders, among others) against defenders of land and the environment, which revealed a worrying pattern of systematic violence that continues to exist. According to the latest report by Global Witness (2019), Latin America continues to be the most lethal region for these defenders, with Guatemala being one of the countries with the most deaths per capita. This year alone, UDEFEGUA reports 677 attacks on human rights defenders in the country.

In December 2019, as part of the Land Rights Now campaign, we denounced, together with organisations from around the world through a global mobilisation, the murder and criminalisation of people and communities defending land and territorial rights in the country.

Today, indigenous and peasant organisations in Guatemala face a context of violence aggravated by the weakening of agrarian and human rights institutions. The latest measures taken by the government to eliminate the Secretariat of Agrarian Affairs (SAA), the Presidential Commission on Human Rights (COPREDEH) and the Secretariat for Peace (SEPAZ) are a step backwards in the construction of a more democratic state that respects human rights. The elimination of these institutions, created to comply with the Peace Accords and with a fundamental role for dialogue between the State and indigenous and peasant organisations, makes it even more difficult to resolve peacefully the acute agrarian and territorial problems, as well as to address peasant demands for comprehensive rural development.

In view of the critical situation: 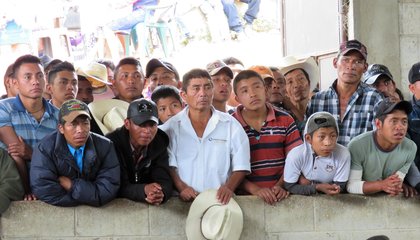 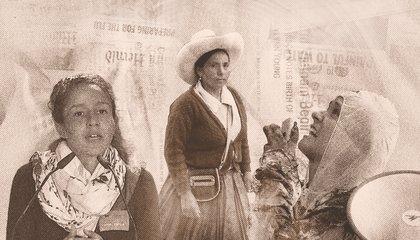 New documentary pushes for action around land and environmental defenders